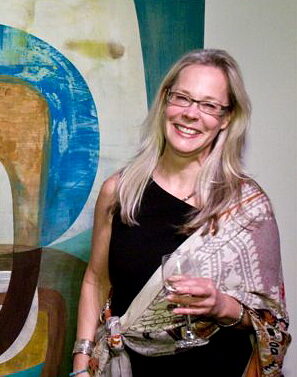 Seattle based artist, Victoria Johnson will be having her fourth showing at Sopa in Rendition. Johnson attended Portland State University in 1976, and graduated from the University of Oregon with a fine arts & science degree in 1978. She later attended Santa Fe Institute of Fine Arts to further study fine art and painting. Johnson shows a flawless command of her paint brush in her work, cutting in precise strokes of pigment, sometimes thinly veiled over layers below with more solid color, delicately overlapping another. The effect is a calm blend of rhythmic, undulating waves, which almost appear to be cut from paper.

“My paintings originate in the movement of the gesture. The individual shapes I create extend visually into the space behind the surface, prioritizing the process over the painting. Supporting structures interact with the larger shapes when I manipulate the variables of color, transparency, and opacity. My working process recalls mid-century concerns with action and expression, while the visual content of the finished paintings implies a state of mind clearly modern and self-aware.” 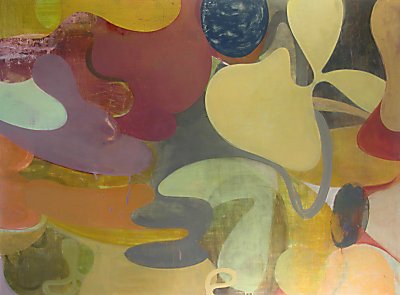 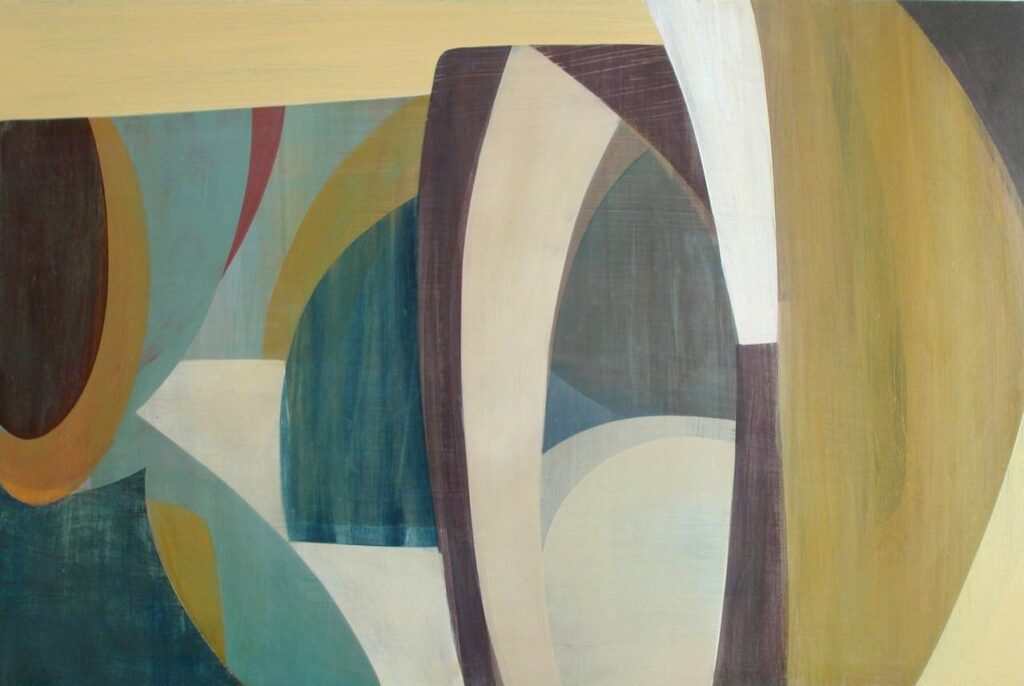 One Reality Penetrating Another 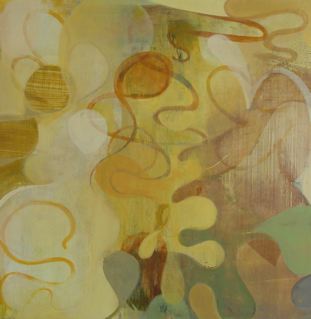